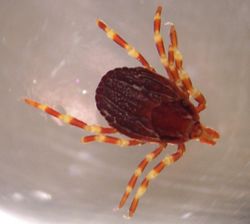 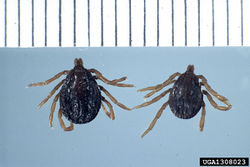 The tick is found in Europe, Asia and parts of Africa. It feeds on domestic animals like cattle, sheep or goats and also on various wild animals. The tick may further bite humans and transmit the Crimean-Congo hemorrhagic fever virus (CCHFV). In animals, CCHFV causes infections for up to 2 weeks, but without clinical symptoms. In contrast, CCHFV causes a serious hemorrhagic disease in humans which is often fatal.