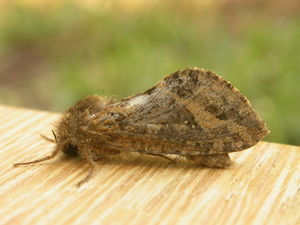 This family contains around 500 species of moths which are usually medium-sized. They are active in the evenings or during the night and might form swarms. The flight of some lightly coloured species in the evening has lead to the name "ghost moths". The larvae live in the ground or are wood borers. Several are considered to be agricultural pests like Oncopera fasciculatus which damages grassland in Australia.

The adult moths show several unusual behaviour traits. Females are attracted to the males, rather than vice versa, and some females drop their eggs during flight.