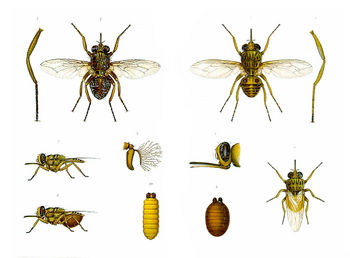 The tsetse fly is a common blood-sucking pest in drier parts of Africa, like eastern and Sahel countries. It is able to transmit several trypanosome diseases like nagana (caused by Trypanosoma brucei brucei, Trypanosoma vivax or Trypanosoma congolense) to domestic animals and sleeping sickness (Trypanosoma brucei rhodesiense) to humans.

Preferred hosts are Suidae (mainly warthogs) and Bovidae (such as cattle). It also attacks humans. The average infection rate of G. morsitans with Trypanosoma parasites is typically below 10%. G. morsitans is active during the day and often bites early in the morning and later in the afternoon. 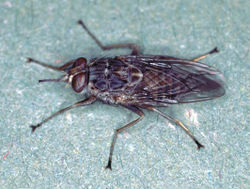 The flies are around 10 mm long, dark greyish brown in colour. Three subspecies have been described: