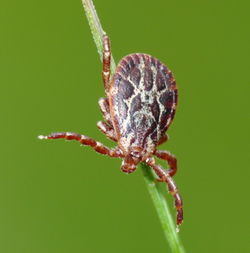 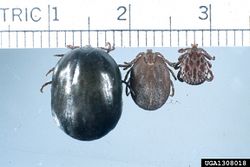 This tick is found in Europe and Asia in subtropical and temperate regions. It bites domestic animals like sheep and goats but also other mammals and humans. Larvae and nymphs prefer small burrowing mammals and birds. D. marginatus is a vector of several diseases like Lyme disease, Francisella tularensis or Coxiella burnetii.

The tick has 3 hosts during its development cycle. Females enter diapause in autumn and lay eggs in spring. The development from nymphs to adults is completed by autumn.