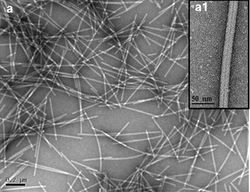 The virus is found in Asia and Europe infecting mainly different species of cucurbits. There is also a recent report from North America. It causes mottling, blistering, mosaic and distortion of the leaves as well as stunting. With some strains fruit deformation and fruit drop has been observed. Yield losses of 15-25% have been reported and in some fields infection rates of more than 50% were recorded.

The virus is extremely stable like other tobamoviruses and can spread easily mechanically from infected to healthy plants through wounds or agricultural tools. Seed and pollen transmission as well as dispersal through water has been also documented. The incubation period is about 1-2 weeks. The particles are rod and approximately 300-325 x 15-18 nm large containing a single-stranded RNA genome.