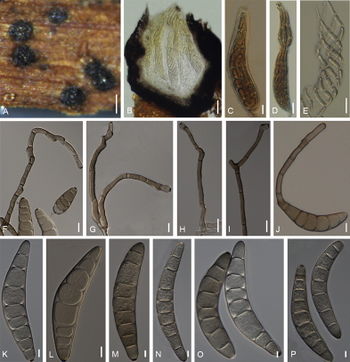 The fungus is wide-spread in Asia, Africa and North America. It causes southern corn leaf blight in tropical and subtropical areas. Epidemics can develop under warm and moist conditions and crop losses of more than 10% have been reported, like during an epidemic in North America during 1970/71. A new race of B. maydis and a 2nd plant pathogenic fungus were involved in that epidemic (Condon et al., 2018).

The symptoms are elliptical leaf lesions with a tan colour and brown margins. Severe infections might result in ear or cob rot. Infected seeds may then lead to infected seedlings which often die. The fungus overwinters in plant debris and can then also infect seedlings if maize is planted during the following season. Control usually involves the use of resistant cultivars and/or crop rotation. Other hosts can also become infected by B. maydis.