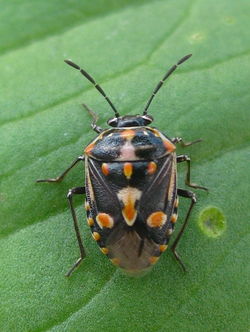 The bug is native to Asia, Africa and some parts of the Mediterranean where it feeds mainly on crucifers. It has been recorded from the south-western U.S.A. since 2008 and has spread to other countries on the continent. In the Americas it has become a serious economic problem on cruciferous vegetables. The feeding activities result on malformation and wilting. Yield losses often exceed 10%. The life cycle from egg to adult lasts around 1-2 months, it overwinters in the adult stage.

The bug forms aggregations of hundreds of insects. These aggregations can invade houses, become a nuisance, cause allergies and even bite humans (Faúndez, 2018).