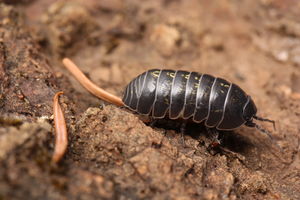 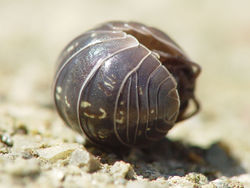 This species of pill-bug is native to Europe and has been accidentally introduced into North America, where it is an occasional garden and nuisance pest. The common name refers to its ability to roll up to a ball. It lives in moist environments and hides during the day under stones and logs, feeding during the night on live plants, dead leaves and other organic matter. Some crops like tomatoes, soybeans or lettuce may be damaged.