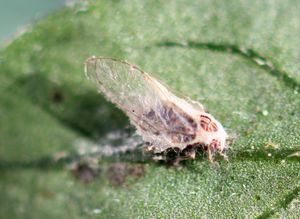 This fungus is widely distributed and infects a large variety of different arthropod groups, including pest species from the orders Lepidoptera, Hemiptera or spider mites. However, individual isolates have shown different degrees of host specificity and are typically more virulent against the hosts from which they were isolated.

Among other pest species, it can cause epizootics on diamondback moth populations (Plutella xylostella) and has been studied as a biological control agent against that pest (e.g. see Batta et al., 2011).