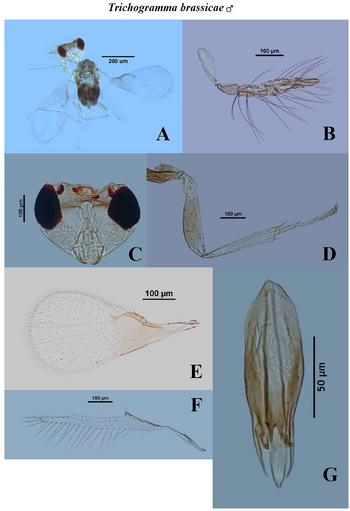 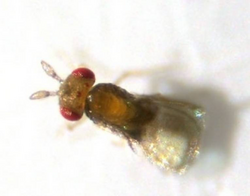 This wasp was originally described from eastern Europe and is widely distributed in Europe and neighbouring regions. It has been also introduced into other countries. T. brassicae is an important egg parasitoid of Ostrinia nubilalis in Europe and inundative releases (> 100,000 parasitoids/ha) against this pest have been demonstrated to be effective (e.g. see Razinger et al., 2016). It is commercially available in some countries. Various other Lepidoptera species may be also parasitised. The adult wasp is around ½ mm long.