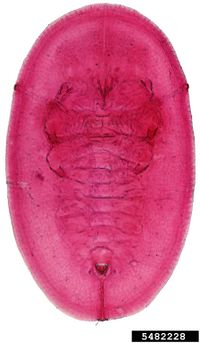 The fig whitefly is native to southern Asia and has invaded North America (first record in Forida in 2007 and in California in 2012). It spread quickly around North America and was later also recorded from the Mediterranean region (Cyprus in 2014). The whitefly breeds on different species of figs (e.g. Ficus benjamina) and can cause serious damage resulting in defoliation.