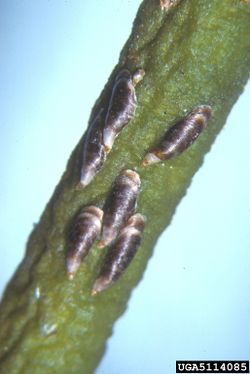 The insects of this genus are characterized by an elongated body and a number of morphological features like the arrangement of the macroducts of the pygidium. The scale is well sclerotized on the pygidium and membraneous in the prepygidial region.