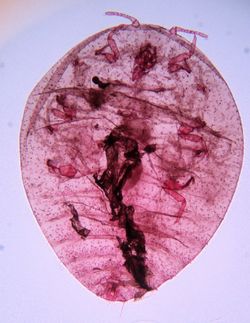 This mealybug is native to South America where it is found on different species of cacti (Cactaceae) but also on plants from the families Amaranthaceae and Portulacaceae. The host plants include the prickly pear cacti (Opuntia) which are grown as food and as a forage crop in parts of South and Central America but are also introduced weeds in other regions. It is considered a pest of Opuntia in some parts of Central America like Puerto Rico.

H. pungens feeds also on a number of invasive species of cacti and has been introduced as a biological control agent into Australia in 1975 against several weedy species of Harrisia (like Harrisia martinii) and in 1983 into South Africa against Cereus jamacaru and Harrisia martinii. Further, it has spread naturally to parts of Europe, Hawai'i and possibly to some parts of southern North America and some Caribbean islands.