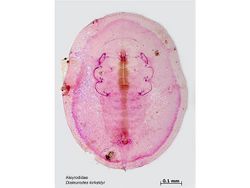 This whitefly is widely distributed and attacks various host plants. However, it develops high populations only on jasmine species. It is named after George Willis Kirkaldy (1873-1910), an english taxonomist who worked mainly with Hemiptera.