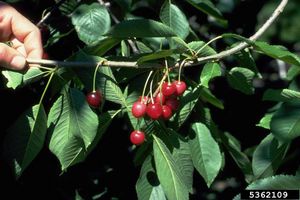 The members of this genus of plant viruses are similar to Grapevine leafroll-associated virus 7 (GLRaV-7), the type species. They have various hosts like grapevine, cherry or Cordyline, causing a variety of leaf and fruit symptoms.

Like other Closteroviridae, the particles are non-enveloped, flexuous and filamentous (typically 1500-1700 nm long) and exhibit cross banding. The RNA genome and molecular structure of the genus, e.g. that of the RNA-dependent RNA polymerase, shows some relationship to the genus Crinivirus and more distant relationships to the genera Closterovirus and Ampelovirus. However, Velariviruses have a monopartite genome, in contrast to the Criniviruses which have a bipartite genome.

The name of the genus refers to the cryptic and asymptomatic nature of infections by the type species. GLRaV-7 was first described from symptomless grapevine but can also cause leafroll symptoms. The name is derived from the latin word velum, a veil, which is also used in the forms velarium or velare.