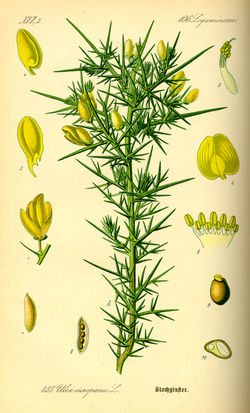 Gorse is a shrub native to southwestern Europe and has invaded various parts of North- and South America, as well as Australia, New Zealand and Hawaii. It has been often deliberately introduced and planted as an ornamental and for hedgerows. It spreads in particular in grasslands and degraded habitats where it suppresses grass and native vegetation.