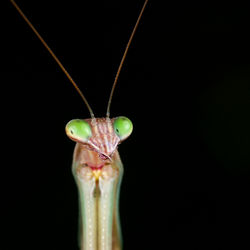 This praying mantis is native to tropical and subtropical parts of eastern Asia. It has apparently spread to North America in 1896, possibly through egg sacs attached to nursery stock. It not only feeds on larger herbivorous insects, but also on wolf spiders. While it is a very general predator, its effect on native non-target insects in North America is limited because its impact is spread over many different types of arthropods (Taylor & Snyder, 2021).

The mantis is larger than the native mantis species of North America, reaching a length of around 11 cm. It has a long and slender body with a brown or green colouration.