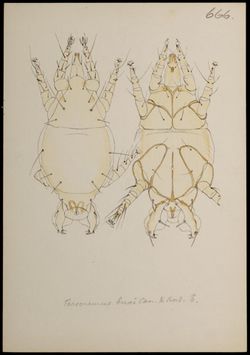 This genus of mites is widely distributed and contains more than 200 species. The members can be found in many habitats. Some are associated with insects, others are found in litter or soil, and some have been associated with plants. Tarsonemus granarius is commonly found in stored grain and feeds mainly on grain dust and fungi.