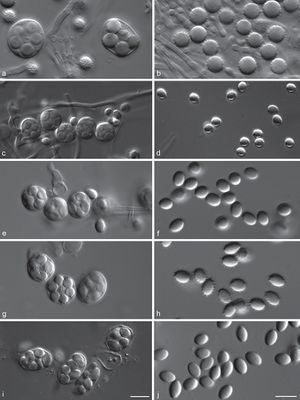 The fungal genus Talaromyces is closely related to the genus Penicillium and the species have been previously regarded as the teleomorph names for the subgenus Penicillium (Biverticillium). Like Penicillium, species of Talaromyces are mainly moulds. Some have been also reported as causal agents of diseases of mammals and plants. Some species and strains are considered to be useful antagonists of plant diseases. This page deals with the latter group. The members of the genus have predominately yellow mycelia, and produce the mycotoxins rugulosin and/or skyrin.