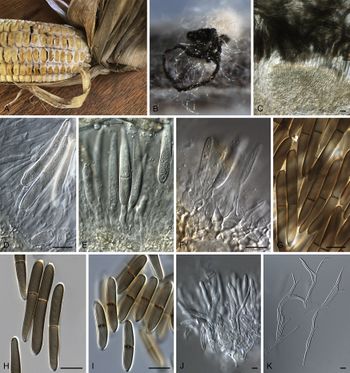 The genus contains two fungi that are important pathogens of maize, causing ear and stalk rot as well as leaf blight. Cob rot starts at the base of the maize ear and spreads to the tip. Infected grains often result in seedling blight after planting. In addition, the fungus can contaminate the grain with mycotoxins.

The species have been previously classified under the genus Diplodia, but have been moved to a separate genus based on their development of conidia. This separation has been also supported by molecular studies.

For a taxonomic review of the genus see Hernández-Restrepo et al. (2018).