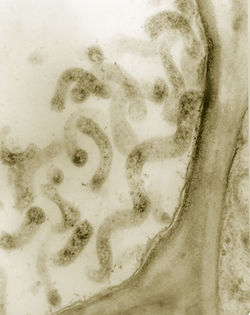 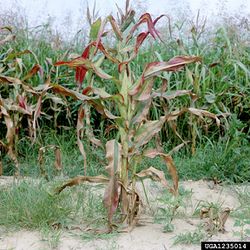 This spiroplasma causes a serious disease of maize in North and Central America which is often characterized by chlorotic stripes, stunting and proliferating ears that do not mature. It is transmitted by the leafhopper Dalbulus maidis. In the disease corn stunt, this spiroplasma may be also associated with the maize bushy stunt phytoplasma and the Maize rayado fino virus.