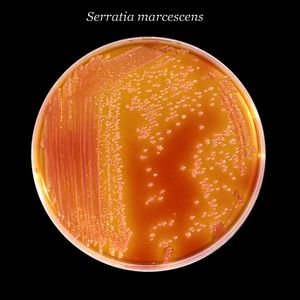 This genus includes more than 10 species of Gram-negative, facultatively anaerobic bacteria. They are rod-shaped, about 0.5-0.8 x 0.9-2.0 µm large, motile with peritrichous flagella. The species are widely distributed in the environment. Some are pathogenic for humans, animals and plants, but several are beneficial antagonists of plant diseases and live either as rhizobacteria or endophytes.

Colonies are opaque, white, pink, magenta, or red and slightly iridescent. The genus is mainly characterized by the nutritional profile of the members and their DNA structure.

Note:
This page refers to antagonists only, for other groups see: