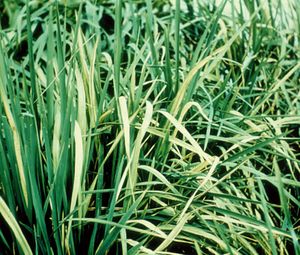 The virus infects rice in Central and South America causing the Hoja Blanca disease. The disease is characterized by white stripes on the leaves which may cover the whole blade. In addition, stunting and panicle sterility have been described. Yield losses can reach 50%. The virus is transmitted by the planthoppers Tagosodes orizicolus and Tagosodes cubanus.