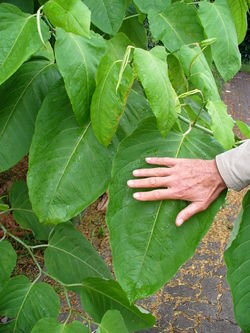 R. japonica and R. sachalinensis spread around central and northern parts of Europe, becoming highly invasive, and eventually hybridised to the form Reynoutria × bohemica (Chrtek and Chrtková). The hybrid can be more invasive.