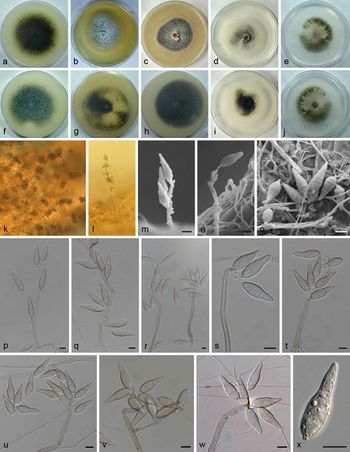 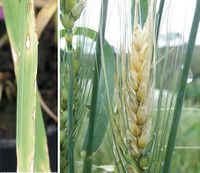 This fungus has been described from southern Brazil where it infects wheat, oat, barley and various grasses. However, it has a small effect on rice which is not infected naturally by this species. By cultural characteristics and morphology, it is indistinguishable from Pyricularia oryzae, the cause of rice blast, which however can also infect wheat (pathotype Triticum). Both species need to be separated by DNA analysis.

Wheat blast is a serious wheat disease in parts of South America and has been also reported from Bangladesh. It can cause yield losses of up to 70%. Both, P. oryzae and P. graminis-tritici have been reported to be involved in the disease outbreaks (Castroagudín et al., 2016). Some authors regard P. graminis-tritici as the main cause of wheat blast in South America and Asia (Ceresini et al., 2019).