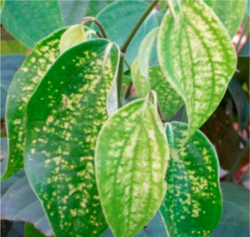 The genome consists of 7,559 to 7,622 nucleotides in the 3 strains so far sequenced and has 4 open reading frames.