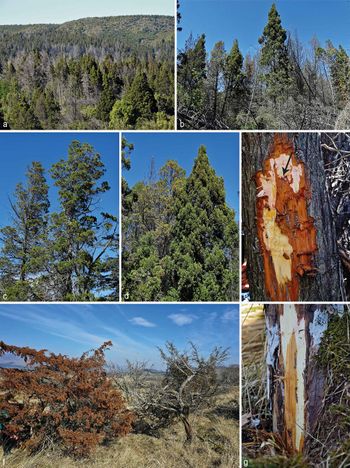 This oomycete has been described from Argentina as causing decline and mortality on cordilleran cypress, Austrocedrus chilensis. The disease has been first noted in 1948 in one location and subsequently spread to other parts of Argentina. The symptoms include chlorosis, later changing to red and defoliation. Tree may die rapidly.

P. austrocedri has also reported from other regions like Europe and western Asia and from other hosts. These include common juniper (Juniperus communis) where it can cause dieback and mortality. Other conifers like Xanthocyparis nootkatensis and Cupressus sempervirens can also become infected.