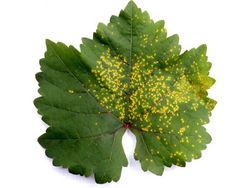 The genus contains more than 100 species of rust fungi which are mainly found in the tropics and subtropics. The most important pathogen is Phakopsora pachyrhizi, the causal agent of soybean rust. Various other dicotyledonous crops are also attacked by Phakopsora species, for example grapevine and cotton.