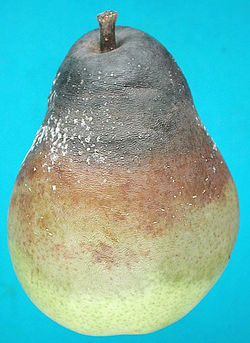 This is a small genus of plant pathogenic fungi. It includes several species that cause post-harvest rot on pome fruits like Phacidiopycnis pyri or Phacidiopycnis washingtonensis. The symptoms often include stem-end rot or calyx-end rot. These fungi have been also associated with canker and dieback symptoms on apple and pear trees. Further, a number of species have been reported from conifers. The sexual forms have been described under the genus Potebniamyces.