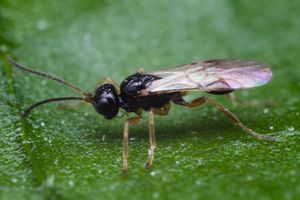 The braconid wasps belonging to this genus are common in Europe. The genus is also found in North America and several other regions. They are parasitoids of plant bugs from the family Miridae and several species are important endoparasitoids of pest species of the genus Lygus. For example, Peristenus digoneutis was sucessfully introduced from Europe into North America, where it mainly parasitises nymphs of Lygus lineolaris and L. rugulipennis. Taxonomically, the genus is closely related to the genus Leiophron.