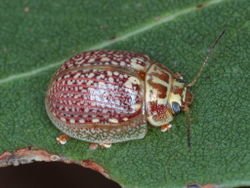 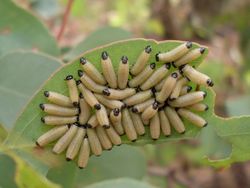 This genus includes more than 100 tortoise beetles, native to Australia and Papua New Guinea. Some species have spread to other regions and have been reported from Europe and North America. They feed mainly on eucalypt leaves, where the larvae live gregariously. Several species are regarded as pests. For example, Paropsisterna bimaculata is a serious pest of Eucalyptus nitens in Tasmania.

The adults are typically 5-10 mm long and often brightly coloured. The colouration is important for identification of the species and since the colours fade when the beetles die, identification of preserved specimens can be difficult.