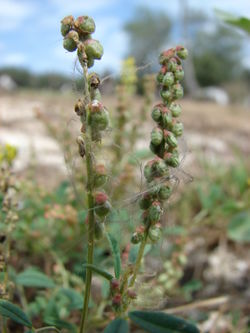 This weed is native to Europe, parts of Asia and northern Africa. It has been introduced into other regions and is now widely distributed around the world. In some areas it has become invasive, competing with native flora and affecting crops like cereals. It can be poisonous to some mammals.