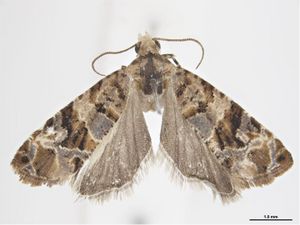 This genus is widely distributed and contains around 40 species of relatively small moths. Two of them are considered pests. Lobesia botrana is very damaging on grapevine in Europe. The genus is characterized by the wing venation and the irregular pattern on the forewings.