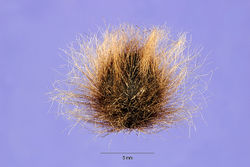 This weed is believed to be native to parts of Central America and is regarded as introduced in various other tropical regions. It is often grown as an ornamental, but can be invasive and has become an environmental weed in several regions like parts of Asia and Africa.