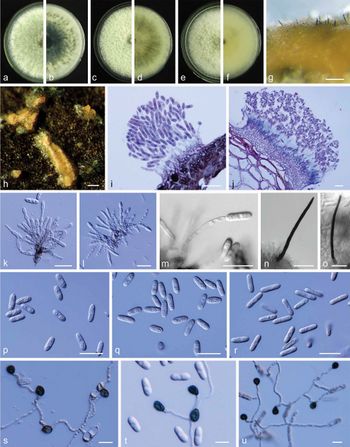 This fungus is widely distributed, especially in tropical and subtropical regions. It was originally described from coffee berries in Thailand (Prihastuti et al., 2009), but has been later reported to infect a large variety of crops and other plants, causing diseases like anthracnose, leaf spot, leaf drop and fruit rot. For example, it infects fruit trees like apple or peach, strawberries, and vegetables like green pepper (Capsicum).

C. siamense is part of the Colletotrichum gloeosporioides species complex. The conidia are hyaline, one-celled, cylindrical with both ends rounded and have a size of approximately 15 x 5 µm.