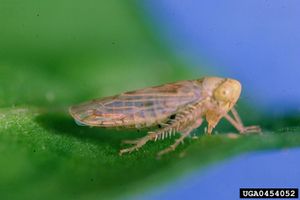 This genus of leafhoppers is widely distributed and contains around 10 species. It is sometimes treated as a subgenus of the genus Neoaliturus. Several species are considered agricultural pests as well as vectors of plant viruses, phytoplasmas and spiroplasmas. These include Circulifer tenellus and C. haematoceps.