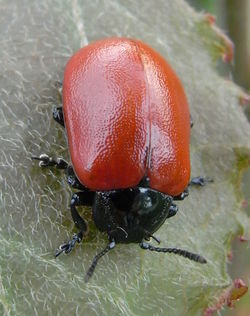 This genus of leaf beetles contains around 40 species, including several which are considered pests of forest trees and can cause defoliation on trees like poplar, willow or birch. They are found in temperate regions of Europe, Asia and North America. Important species are Chrysomela scripta, mainly on poplar in North America, or Chrysomela lapponica, mainly on willow and birch in Europe.

The species are similar to those of the genus Leptinotarsa, but differ in the structure of the tarsi and elytra, among others, as well as in their colouration.