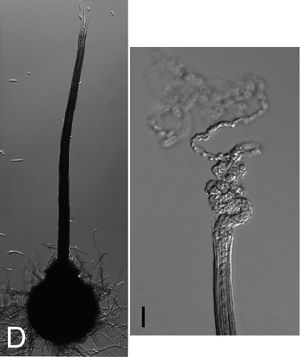 This fungus has been recorded from South Africa and Australia and infects eucalypts, causing cankers and vascular streaking. It has been further reported from other plants (Lee et al., 2016). The species is closely related to Ceratocystis fimbriata and like that species produces hat-shaped ascospores. However, it can be differentiated by the pear-shaped base of the ascomata.