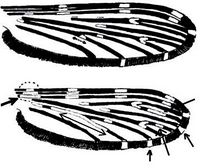 This mosquito is found in forested areas of several central African countries like Cameroon and Equatorial Guinea. It can carry Plasmodium falciparum and is regarded as a secondary malaria vector in West Africa. A. carnevalei feeds regularly on humans apart from various other mammals. In some areas infection rates of >20% have been reported. A. carnevalei breeds along the edges of streams and rivers.

A. carnevalei is closely related to Anopheles nili, but can be distinguished by the pattern of white spots on the forewings. Unlike A. nili it is mainly found outdoors.