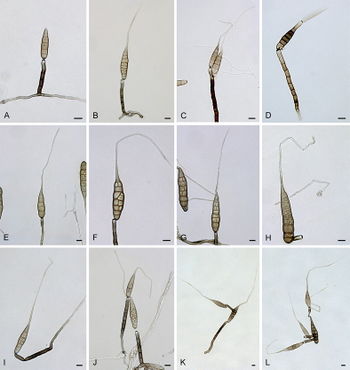 This fungus was first described from Cassia holosericea, but infects a number of other plants, causing foliar diseases. Among crops, it has been described as causing a destructive disease of cowpea in southern Africa (e.g. see Van Den Berg et al., 2003). Like several other Alternaria species, it can spread through infected seeds.

A. cassiae strains have been also studied as possible biological control agents for the weed Senna obtusifolia (sicklepod), see Alternaria cassiae as a weed pathogen.