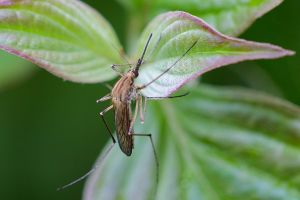 This mosquito is common in Europe, the Mediterranean region and western Asia. It bites humans and can be a nuisance species, but is regarded as a low risk for disease transmission. A. rusticus breeds in swamps and flooded areas, e.g. after the snow melts.