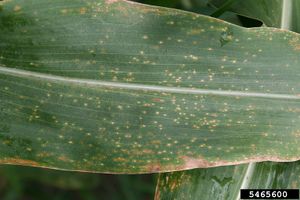 This order of fungi is part of the Dothideomycetes and contains saprophytic and plant pathogenic species. Like other groups under this class, the members form asci which are enclosed in a double wall (bitunicate asci). Traditionally, the order was defined by the morphology of its fruiting bodies, like the immersed and thick-walled ascomata. However, taxonomists now rely on the DNA structure to assign genera to this group.

This page deals only with plant pathogenic species, for beneficial groups see:

The following genera and individual species are currently entered under Dothideales: